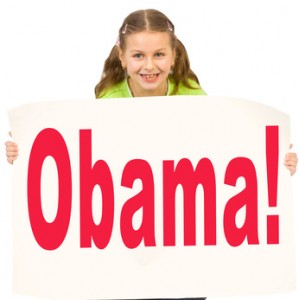 It’s time for the detractors and tea partiers and general naysayers to take a deep breath, pack up their signs and book their one-ways home.  Health care reform passed tonight in what even Fox News concedes is a victory for President Barack Obama.  The bill passed 219-212 with Republicans stamping their little feet all the way.  The bill is now headed to Obama to be signed into law and is what CNN calls, “the most sweeping American social legislation in more than four decades”.  The path for progress has finally been cleared and Obama has passed the biggest test of his presidency.

Victory had been far from clear.  In January, when Republican candidate Scott Brown won the senate seat held previously by the late Ted Kennedy, opponents of health care reform danced in the streets because Democrats had lost their filibuster-proof 60-seat majority that they had been counting on to pass the health care reform legislation.  In addition to this setback, Democrats were severely divided on the details of legislation being shaped and wallowed in analysis-paralysis.  On top of that, conservative spin masters were doing their level best to introduce wild misinformation Sarah-Palin-style about supposed “death panels” afforded by the new legislation and Communist-style takeovers of American health care.  The air was thick with the fear-mongering babble of conservative detractors that believed that if they could repeat the same lies often enough, people would believe it and progress would be halted.  Not so.

Truly herculean efforts by Nancy Pelosi, Harry Reid and other Democratic powerhouses, led by a newly-confident Obama, stood up for what they knew was right.  They fought harder than many thought they were capable of fighting.  Obama first postponed and then canceled his trip to Asia and Australia as the end drew closer and closer.  Those that had felt Obama had lost some of his umph were either delighted or disgusted when he made campaign-style speeches to huge crowds as late as Friday, March 19 when he addressed an enormously supportive student crowd at George Mason University, VA.  Yesterday he gave the most personal, direct and soul-baring speech of his presidency to House Democrats.  The crux of his argument was a quote from Lincoln, “I am not bound to win, but I’m bound to be true. I’m not bound to succeed, but I’m bound to live up to what light I have.”  Obama spoke to Democrats, knowing full well that he was asking many of them to risk their careers.  In doing so, he asked them to dig deep and think about why they chose public service in the first place: “Something inspired you to get involved, and something inspired you to be a Democrat instead of running as a Republican… somewhere deep in your heart you said to yourself, ‘I believe in an America in which we don’t just look out for ourselves, that we don’t just tell people you’re on your own.’ ”

We hadn’t seen this Obama in a while but what Obama proved tonight is that he could do more than win the most significant election in a generation; he could pull off one of the greatest comebacks of recent political history and truly grab the reins of leadership with both hands.  As both friend and foe predicted, Obama’s success as a leader hinged on his ability to deliver on health care.  The Republicans knew this and fought accordingly.  But in the end, it was Obama that won.  As he said tonight: “We rose above the weight of our politics. … We are still a people capable of doing big things.”  And this is a president who is still capable of doing great things.

We’ll end on how Slate sums up the closing acts of the circus that was the House debate today:

“Minority Leader John Boehner used his time to deride the process that led to the bill’s passage. ‘Can you say it was done out in the open?’ he asked. His rhetorical device at times backfired. ‘Do you really believe that if you like your health care plan, you can keep it?’ ‘Yes!’ shouted Democrats. Boehner fired back, ‘You can’t!’ ‘Yes we can!’ yelled Democrats.

When the vote tally reached 216, a cheer went up stage right. Democrats hugged and kissed. Republicans stood with crossed arms. It didn’t take long for Democrats to settle on their victory chant: ‘Yes we can!’ ”

Welcome to a new day.

39 thoughts on “Yes He (Still) Can: Obama got his mojo back through health care”