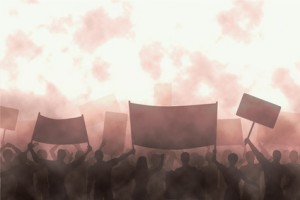 I was against the Iraq war from the very start.  Back in college a friend and I won a debate arguing against the war (see page 6 of the link).   As a European transplant in the United States, I protested the war as it began.  I remember waving a provocative anti-war sign in heavily Republican St Joseph, Mich. I counted a personal victory the time a driver gave me and my friends the finger as well as when one incensed local decided to make a countering “Saddam’s Convenient Idiots” sign and drive slowly past my band of protesters.  The decision to invade Iraq cemented my dislike for and lack of confidence in George Bush.  But the same could not be said about my feelings towards Tony Blair. To me, Blair had made a horrible mistake but was not the war criminal and failed leader that he was accused of being.

With the exception of the Iraq debacle, however monumental, Blair was an absolutely brilliant politician. I was in the UK and had just finished high school when he came into power in ’97.  I remember the jubilation and his undisputed popularity.  He was hot stuff. He oversaw a very prosperous near-decade in the UK; the sun-setting of the worst of IRA violence in Northern Ireland and had the powers of leadership and communication that saw Presidents Clinton (Monica Lewinsky) and Bush (any time he needed to sound coherent) scrambling to have him at their side, adding credibility to their voices as only he could.

Electorates, no matter where they are, are very fickle and Blair’s merits were lost sight of as the Iraq war dominated conversation for much of the last decade.  The latest evidence that the public cannot bring itself to focus on anything Blair-related but the war is the drama surrounding the release of his memoirs “A Journey:  My Political Life”.  His released his book in Ireland to a reception that included shoe and egg throwing.  The latest fad?  If you want to declare Blair a war criminal and are simply missing the political fire power to pull it off, you can join the Subversively move Tony Blair’s memoirs to the crime section in book shops group on Facebook.  The group has over 12000 members and if you are bored and narrow-minded enough, you too can join its blinkered, army of Facebook crusaders.

Here’s why it is ridiculous to be so hard on Blair though:  In stark contrast with Bush’s record that resulted in few achievements of any importance other than the war, Blair not only brought peace to Northern Ireland but is also focused on – and actively involved in shaping – the future in the Middle East.  Look at the way he talked about the 2008 election:  “Barack [Obama] was the supreme master of realism, cautioning an approach based on reaching out, arriving at compromises and striking deals to reduce tension.” (Christiane Amanpour – ABC)  Blair has been very supportive of Obama’s Middle East policies, especially praising him for, right from the very start or his presidency, seeking resolution to the Israeli-Palestinian conflict.

Blair’s work in the Middle East since stepping down as British Prime Minister is evidence of his ability to put the past behind him and make progress in the most tumultuous region on the planet.   Bush so far has stuck to Texas-ranch-bound work on his memoir.  Blair’s work as Middle East quartet representative (for USA, the UN, Russia and the EU) shows that he cares about progress even when the spotlight has shifted from him.  What worked in Northern Ireland was a consistent, purposeful approach to tackling the terror, the violence and the underlying politics.  Blair’s focus on the Middle East and the partner he has in the Obama administration present some of the best chances yet for successful mediation in the region.  The recently renewed talks between Israel and Palestine are a good sign, as is the fact that Israel is hinting that it is entertaining the idea of ceding control of parts of Jerusalem to the Palestinian Authority.  Blair’s interest in and involvement in this process may well ease the overly harsh view the public currently has of him.

Blair is remarkably honest in how he looks at his years in power (despite the fact that there was that time when a Google search on the word “liar” would turn up his name as the first result).  As he talked about his new autobiography he said: “The whole point about the book is that it’s a journey. The journey is that I started as a politician that wanted to please all of the people all of the time… By the end I was wondering if I was pleasing any of the people any of the time.”  And that is politics.  It trashes even the brightest of stars.  But Blair is back, he’s staying relevant and he knows the journey isn’t over.

12 thoughts on “Why Shoe-Throwing Hordes Should Back Off Blair”