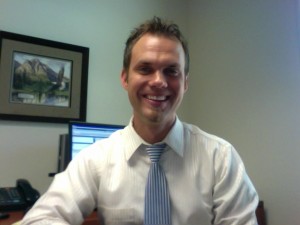 ‘s been a battle between two of the best things about America:  Individual liberty on the one hand and shared responsibility on the other.   In the debate on health care we can’t resort to Dubya-style prattle that framed political dramas as a battle between good and evil.  It’s just not that simple.  There are good ideas and good people on both sides of this debate.  I don’t often speak in the first person on CultureMutt but I have no problem making this exception because of the extreme importance of what is at stake here.  I want to address this on as personal a level as possible.

Health care in America is an embarrassment, it is woefully inadequate and completely unacceptable in the world’s richest and most powerful country.  How is it that in America, the world’s sole superpower, we have huge slabs of the population that are one illness away from bankruptcy and devastating, personal failure?  How is it that insurance companies are able to deny people coverage based on pre-existing conditions?  This is cruel, this is heartless, this is fundamentally un-American. 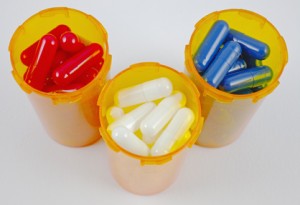 I will admit that as a Swede, I often compare America to what I have in my country of birth.  Yes, Sweden has socialized medicine and yes, this does bias me in favor of providing health care as a right for all.  But I made a very conscious decision ten years ago to move to the United States.  The reason?  I still believe with all that is in me, that America is the land of opportunity.  I still believe that things – very good things – can be done in this country that cannot be done anywhere else.  I am proud of my adopted country and I defend it whenever I travel.  This is where I want to live and this is the country I am committed to on a level that makes me feel deeply invested in doing all I can to improve this country for all that live here.

What is special and what is unique in America is an unwavering belief in the possibilities of what we can achieve as individuals and what we can achieve together.  No other country on earth can claim the kind of environment that America offers to all that live here: superior opportunities to thrive and prosper.  I will admit that I came to America because I personally wanted to thrive and prosper and be supported in my drive to do so as an individual.  But having lived in America for 10 years now, I can say that the American promise has proved to be about more than just individual success: it is about our shared destiny as a people.  The good news about America is that this is a country where we give a damn.  This is a country of compassion.  This is a country where we care about other people; where we pick up our fallen in battle; where we work TOGETHER in the hope of improving our collective existence and that of future generations.  No matter how controversial, infuriating or deeply disappointing the path, we CANNOT allow the firestorm that is the health care debate to allow us to forget about this fundamental truth.  There is a better way than this. 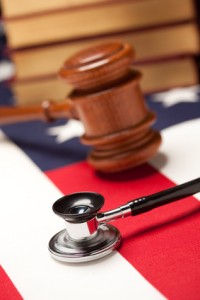 Let’s not pretend that the health care reform bill that will be voted upon tomorrow in the House is without fault.  It certainly has weaknesses and compromises.  I am tempted to get on my soapbox as usual and pontificate on what the bill REALLY should look like but this time I won’t.  This moment is too important.  The bottom line is that our current health care has failed.  People are hurting, people are vulnerable and the time for change has come.  Just as it took courage and overlooking imperfections and potential political ramifications to vote in Medicare for seniors and Medicaid for the poor decades ago, it will take courage to bring health care reform today.  The time for stalling is over.  This country is better than this.  We are better than this.  And the America health care reform will bring is better than this. May the House prove it by voting for Health Care Reform tomorrow.  In the words of President Obama this afternoon, “Let’s get this done!”.

BECOME A FAN OF CUTUREMUTT

36 thoughts on “Why I, a Swede, Believe in America and in Health Care Reform”