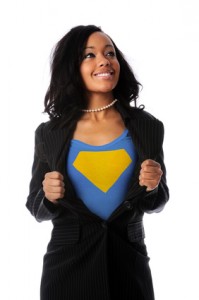 “Academics have dubbed them ‘the Monstrous Army on the March’, women who cannot, will not be stopped. They are young, ambitious and gifted – different in every way from the boob-enhanced trophy Wags who have become, paradoxically, so iconic for doing absolutely nothing but sleeping with a footballer and applying self-tan,” says Louise Carpenter of Britain’s The Observer.

Times are changing and the do-nothing, know-nothing trophy girl is going out of style.  Replacing her is the feminine ideal of brains and beauty described in my last post The Pencil in the Smart Man’s Pocket I.  This independent, self-aware and successful woman is emasculating to some men.  Somehow they feel robbed of their masculinity and turned off.

“…twentysomething women I know aren’t bothered about old-style feminism. We’re not interested in trying to feel “empowered”, partly because we see ourselves as equal to men now: we can work, vote, sleep around, all without anyone barely batting an eyelid,” said Laura Brunt in a comment to Carpenter for her article”.  Hot or not?

The leveling of the playing field as far as the battle of the sexes goes, means that, as Rebecca Thorman, in her Damsels in Success blog says, Women are the New Men.  Thorman says that women are making vast gains in the business world, they often do not feel the need for traditional family relationships and they make great leaders.

Megan McArdle in theatlantic.com, says in her article Women who make good salaries, and the men who don’t love them:  “Yes, if you make a decent salary, some of the men you meet will make less than you. But many more will not. And any lingering problems in this department can be readily overcome by letting go of the fairy princess fantasy where Prince Daddy provides everything worth having; or, alternatively, by not dating men who make less money than you do. If this is still not enough–if you want to date sensitive artistic types who still play the role of Big Earner–well, then, it should be a relatively simple matter to find a lower paying job.”

Does success in females have to be emasculating?  Clearly, for some men it really is.  We will always have dinosaurs in our midst.  But just as feminine ideals are changing, so are the perceived needs of many men.  For these, success is a turn on, a veritable pencil in their pocket.