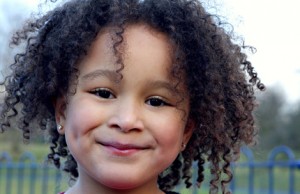 For the first 20 years of my life I loved complaining about ugly Americans.  You know what I am talking about:  Arrogant.  Ignorant of the rest of the world.  Loud.  Barely unilingual.  Chasing a purely materialistic version of the American Dream.  The kind that believes that the answer to every diplomatic crisis is a healthy bombing.

As much as I could list the faults of ugly Americans, I realized after moving to the United States, that as much as these tired talking points about ugly Americans may have been on point, harping on about them was helping nothing.

Qualities of the Beautiful American

So I started thinking about the future of the United States.  What would constitute a “beautiful American?”  Weren’t there already American models of: savvy, global do-gooding?  Could this behavior become sought after as the new American Dream?

I recently re-wrote, the About section (do check it out, it’s WAY more concise) of CultureMutt and I define the blog’s “savvy, global do-gooding” as boiling down to:

1) You are happiest when you are helping others.

2) The best kind of adventure is found in international do-gooding.

3) To be of service internationally you have to first understand people and cultures.”

Just as it is true that the ugly American is truly horrendous, the beautiful American, as defined by a willingness to help others through international, culturally-appropriate service, is genuinely impressive and has always been around.

I recently heard a definition of art as being “that which chases away ugliness”.  Let’s dedicate ourselves to chasing away the ugliness in American society.  It’s time to build on what is beautiful.  Let’s welcome in the era of the Beautiful American.

7 thoughts on “The Beautiful American”