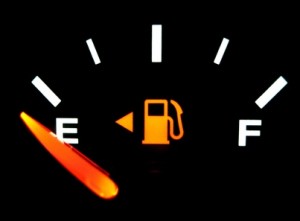 Tony Blair was going to resign as UK Prime Minister back in 2004. After inciting the biggest culture clash in modern UK history by supporting Bush’s invasion of Iraq, Blair was a very depressed man. The End of the Party, a new book to be published March 1, 2010 by the The Observer‘s Andrew Rawnsley says (according to The Guardian), “Tony Blair descended into such a deep depression after the Iraq war that he told Gordon Brown and John Prescott (both key figures in his administration) that he would quit No. 10 [the PM’s office] the following summer.”

The End of the Party describes how Blair’s special envoy in Iraq briefed Blair at the end of his time in Iraq that the conditions were “unbelievably bad” and would deteriorate further. ” ‘What can we do?’ pleaded Blair. ‘We have told them [the Americans] again and again what we think is necessary. If it doesn’t happen, what can we do?’ Greenstock was left with the image of the prime minister ‘tearing his hair’ over Iraq and ‘throwing his hands in the air’.” (The Guardian)

In supporting what was seen by the British public as an oil-greedy mistake by a blood-thirsty dimwit with Daddy’s agenda, Blair committed the unpardonable sin.  The British public was much more skeptical about the war than the American public. While American reactions to Bush’s actions were often divided along party lines, British disdain for Blair was overwhelming.  Blair was openly referred to as Bush’s poodle, a sell-out willing to compromise his integrity to preserve Britain’s then-coveted “special relationship” with the US.

“He was very low, he was very lonely and he was very tired,” Rawnsley quotes Blair’s friend and colleague, Tessa Jowell, as saying about Blair at the depth of his misery.  Blair’s stress level was so high that he says he “spaced out” several times during the time-honored British tradition of Prime Minister’s Questions and would frequently wake up in the middle of the night in a cold sweat.

As if the extreme disapproval with his decision was not enough, Gordon Brown (favored as Blair’s successor), was furious when Blair regained some self-confidence and reneged on his decision to resign. An eyewitness of one conversation (quoted in The End of the Party) says, “Gordon was just losing it. He was behaving like a belligerent teenager. Just standing in the office shouting: ‘When are you going to f*****g go?’ ”

It took Blair’s wife and several close allies to get him through the worst of his anguish.  “Come on. Buck up. Buck up. Think of what you’ve got to achieve. You’re the best politician in this country by a mile,” said his friend Peter Mandelson, who himself had survived many a political storm.

Eventually, the embattled Blair did pick himself up but the damage had been done.  One of the most popular politicians in recent UK history had been forever sullied by allying himself with the trigger-happy Texan who permanently marred not just Middle East relations but the foreseeable future of Anglo-American partnerships.