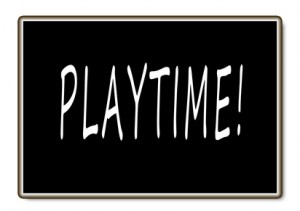 Ever-innocent of in depth analysis, Sarah Palin likened President Obama’s nuclear policy to a child in a playground telling one of his playmates, “‘Go ahead, punch me in the face and I’m not going to retaliate. Go ahead and do what you want to with me.”  Setting aside the stats on the amount of gradeschoolers that use the word “retaliate”, let’s focus on the bigger picture of Palin’s April 7 bid at “snappy quip of the day”.  Yet again, Sarah Palin has taken “Keep it Simple Stupid” to such ridiculous lengths that she has emerged looking… well… quite simple and quite stupid.  Even Obama who seldom comments on Palin’s yap felt the need to comment this time around, calling her “not much of an expert on nuclear issues.”

Let’s unpack Palin’s genius further with a look at the context of her remarks.  This past Thursday, April 8, Obama signed a nuclear treaty with Russian President Dmitry Medvedev that would result in both countries significantly scaling back the size of their nuclear arsenals.  Included in the smorgasbord of changes to nuclear policy, the United Sates is pledging not to threaten to or actually nuke any non-nuclear country that is in compliance with the international nonproliferation treaty.  Even if chemical or biological weapons were to be used on the US or its allies, the response under this new agreement could be aggressive military action but not nuclear action against said country.  Two caveats: nukes may be back on the table if biological weapons grow sufficiently in their ability to devastate AND North Korea and Iran are still fair game for nuking since they won’t cooperate with nonproliferation standards.

Back to Palin.  The vision of a post nuclear world obviously doesn’t get much traction with the Alaskan.  Neither does nuance.  Treaties of the kind just signed will help reduce the threat of nuclear warfare or nuclear terrorism as they will reduce the size of the world’s two largest nuclear arsenals while simultaneously, bolstering security around what remains.  Palin seems to think that voluntarily reducing your nuclear capacity is a sign of weakness.  This is classic conservative shortsightedness.  If what we ultimately want is greater security, it makes sense to reduce firepower and the possibilities that the most destructive weapons in the world may fall into the hands of rogue states or terrorist groups.  Also, Palin seems incapable of reading the fine print: the nuclear option is not going away.  It can and will still be used, depending on the size of the threat against the United States.  And, as Robert Gibbs pointed out, the United States has, “a massive conventional arsenal that we believe has an important deterrent effect on anybody that might make the poor decision to attack our country.”

As entertaining as we may find Palin’s quips and sandbox nostalgia to be, if her long-term goal is the security of the United Sates and its allies, it would behoove her to think about more than inciting populist rage one chipper aside at a time.  Leadership is more than Tea Party diatribes, FOX talk or practiced, wink-punctuated debates rebuttals.  Unless it is addressed carefully, Palin’s lack of substance will collapse like her Katie Couric interviews and her failed governorship.  Time for some soul searching?  You betcha.