There’s a fine line between being honest and being rude.  The post title is a classic example.  If someone asks you if they look fat, should you tell the truth?    As this is CultureMutt you are right to expect a “cultural” spin on this.  The fact of the matter is that honesty expresses itself differently in different parts of the world.

The Geography of Honesty

I’ve lived in fairly blunt countries (Sweden, the United States, Argentina) and more tactful countries (Britain, Hong Kong and the Philippines).  Honesty is expressed differently in each of these countries.  You can obviously be honest in any of these countries but each culture has rules about just how much honesty you should offer up to people and how to do so.

Growing up in Asia I was taught early on that saving face was very important.  You always wanted to allow people to save face and you yourself put a huge priority on saving face in delicate situations.  So while bluntness may have been called for in a Western setting, Asian etiquette required a more indirect approach.  For example, if you are visiting an Asian home and they ask you how you like their food, I would definitely err on the side on being overly positive.

Do not criticize it and do not even opt for calling the food “interesting”.  You are not being dishonest by saying that it tastes “good”.  If you do not like the food, nobody is interested in your honest opinion.  Keep it to yourself, smile and say the food tastes great.  This is common courtesy.

Some may consider this lying.  It is not.  In American society we are forever asking others how they are doing.  It is a greeting.  Nobody really believes that you are “doing great” every time you say you are.  But you still say it, don’t you?  Well, it is the same in indirect cultures when it comes to expressing your opinion about something delicate.  Unless you absolutely have to confront or be direct, avoid it.  Beat around the bush.  It is the right thing to do.  You will get results much quicker this way than if you insist on blazing a trail of bullish, Western directness.

In Sweden and other more blunt cultures, on the other hand, the kind of indirect approach that is correct in an Asian setting is almost considered to be dishonest.  People want more of a straight-up approach.  If you say you like something to be polite while secretly you hate it, people will consider you dishonest or weak for feigning appreciation.  I have personally been called out on a number of occasions because I default to Asian indirectness in certain situations where Westerner norms crave candor.

Forgetting where you are can be a problem.  It typically takes me a week or two (and a few embarrassing mistakes) for me to readjust to where I am.  What I have found to be effective in situations where I mess up is a quick apology and an honest explanation that I am still adjusting to the different culture.  People tend to be pretty understanding and will often go out of their way to explain some basic dos and don’ts while you find your footing… 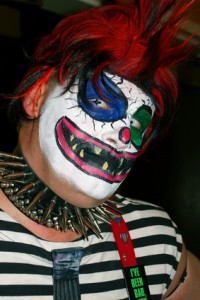 I’ll admit it: I am terrible at telling jokes.  I’ve got two or three reliable ones but even they fall flat with alarming frequency.  I always mess something up.  I forget the punch line; I omit a key detail; I forget where I am and tell a joke that only works in Sweden – you get the picture.  I could live in denial and make believe that peoples’ laughter comes from them laughing “with” me as opposed to them laughing “at” me, but my friends have disabused me of any such thinking.  They’ll try to assure me that I can be humorous in a very general sense but then they get a serious look on their faces and say, with all the love they can muster, “But I really don’t get your jokes.”  Now let me be clear:  I have not only been told this in one country: worldwide friends have told me one way or another to steer clear of the jokes.  As I have picked myself up and dusted myself off each time, I have taken note of how people around the world tell you that you are not funny.  Here’s my guide – region by region – to telling anyone, anywhere, just that:

Hit them straight.  Scandinavians are fairly direct in their communication style.  “I don’t understand” is fine if you really don’t get it.  If you are friends with a Scandinavian you can be even more direct: “That wasn’t funny at all”.  Scandinavians are used to this as their brand of humor is, to say the very least, different.  And it goes both ways, they will tell you that your jokes suck without blinking an eye.

A little more tact may be in order.  I personally think Brits are some of the funniest people on Earth and love the likes of Ricky Gervais (British version of “The Office”) and Sacha Baron Cohen (Borat). Some people really do not like British humor though, and it’s OK to say so.  Brits love apologies (sit in any British train station and listen to announcements about train delays or cancellations: The announcer will apologize for EVERYTHING) so try, “Sorry, I think this British humor is a little over my head, give me a few weeks and maybe I’ll pick it up…”  Of course, if the intent is to avoid hearing any more from the amateur comic in question, don’t invite them to keep trying out their material on you.

Laugh.  Americans are a tough bunch to speak for in any general sense because of the sheer diversity in represented cultures.  But warmth goes a long way, so show some appreciation for the fact that your American friend was trying to be funny.  If you are from a more reserved culture, realize that while people in some cultures communicate through understatement (the Brits are a perfect example), Americans often communicate through over-statement.  They may say something is “the funniest thing ever” or “the most hilarious show I have seen in my entire life”.  They probably don’t mean it. Smile enthusiastically, laugh a little and then switch the channel to FOX News – it won’t be funny at all.

When I lived in South America I met some people that I found really funny and some people that made me want to take a fork to my eye.  Naturally, the cultures I came across – Peruvian, Argentine, Uruguayan, Brazilian, whatever – all came with their own brand of humor.  Most of the humor I came across was delivered with high volume, enthusiasm and a lot of passion.  Trust me: You looked like an idiot if, after the punch line, you just sat their and scratched your head.  So here’s what I did: I laughed at everything and then, if I didn’t get it, turned to local friends and whispered, “Why was that funny?”  South American communication stresses diplomacy and warm interpersonal relations so if I did admit to not finding something funny, I first made sure my relationship with the joker was established and safe.

Bluntness is a bad idea in Asia.  Throughout my childhood in Hong Kong and the Philippines,  I heard stories of rude, clumsy foreigners and their embarrassing antics. Communication had to be indirect, polite and always had to allow for the other party to “save face” (maintain dignity/honor).  So you did NOT tell people they were not funny.  I felt that some of the best communication in Asia happened through careful situational maneuvering.  So, if someone is not funny, smile at their overtures and then tell some of lamest jokes you know in a long, agonizing sequence (explain them as being really funny where you come from so as to avoid looking facetious).  The original offender, so completely bored by your bad jokes, will likely never try to tickle your funny bone again.

One last word – humor, if culturally appropriate, is extremely effective in communicating and problem-solving across cultural barriers.  So if you are traveling or if you are meeting with people from different parts of the world, pay special attention to what they find funny.  A shared laugh covers a multitude of cultural missteps and blunders.  Often, the first sign that you are accepted by people is that they start joking with you.  So let loose and laugh with the people you meet.  And when you come across the obligatory bore with his tired jokes, smile, remember where you are, and tell him what he needs to hear, how he needs to hear it.