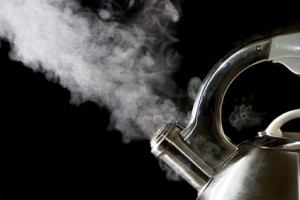 Why run?  “Social justice” codes for Nazism and communism says conservative commentator, Glenn Beck.  And he does not care if this pisses you off.  If anything, his notoriety is helpful.  “I could give a flying crap about the political process … We’re an entertainment company,” he said in a Forbes magazine cover-page article this month. In the 12 months leading up to March 1, 2010, his company Mercury Radio Arts brought in $32 million in revenue.  Five million daily viewers are in love with his Fox News show.  His wildly irresponsible statements are helpfully cataloged with a generous profile on Dickipedia — a wiki of dicks.  Here are some highlights:

“I’m thinking about killing Michael Moore, and I’m wondering if I could kill him myself, or if I would need to hire somebody to do it.” (2005)

“The only [Katrina victims] we’re seeing on television are the scumbags.” (2005)

Not listed but equally ridiculous:  “This President, I think, has exposed himself as a guy over and over and over again who has a deep-seated hatred for white people or the white culture” (2009).

“I don’t necessarily believe that [what Beck says] is reflective of his own personal politics — I don’t even know if he has personal politics,” says Michael Harrison, publisher of Talkers, a trade magazine devoted to talk radio. “I see him as a performer.”

Performer he may be, but for much of the American religious world, the social justice slam was the last straw.  All hell broke loose; many in the American religious establishment turned their firepower on Beck.  From Scott Trotter, a spokesman for Beck’s own Latter-day Saint community:  “Public figures who are members of The Church of Jesus Christ of Latter-day Saints represent their own views and do not speak for the church.”  Evangelical leader Jim Wallis, on his blog GOD’S politics, said, “the Catholic Church, the Black Churches, the Mainline Protestant churches, and more and more Evangelical and Pentecostal churches including Hispanic and Asian-American congregations all consider social justice central to biblical faith.” He then called for Christians to boycott Beck’s show.  Beck qualified his comments by denying them: “No, no, no. Didn’t say that [tell people to leave their churches if they talked about social justice]. I said if they are basing their religion on social justice. Social justice and economic justice are code words. Look for those code words, and then ask your church, ‘What do you mean by that? What is that?’ Because they’re code words. And don’t be sucked into that.”

In an April 6 Huffington Post article, Hollywood Seventh-day Adventist Church pastor Ryan Bell talked about meeting with filmmakers at his church to create PSAs responding to Beck: “Our goal is to help people understand what social justice is and its place at the center of Christian faith.”  Here is the first of these that can be viewed at socialjusticechristian.com

If anything good came of Beck’s comments, its this: American Christianity proved that it was up to the challenge of fighting back against conservative attempts to shape its narrative and quell the struggle for social justice.  Religion is fundamentally not right wing or left wing.   And faith has no quarrel with social justice.