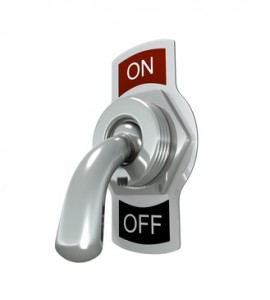 It’s official: the most sexually frustrated people on earth are the Japanese.  In a global survey on sexual well-being by condom maker, Durex, only 15% of the Japanese reported feeling sexually satisfied in life. Nigeria led the way for highest sex life satisfaction with 67% of respondents reporting positively and Mexico came second with 63%.

A little bit of healthy skepticism about these results would not be out of place. Chinadaily.com.cn, takes on the Durex research in an article titled “LET’S (NOT) TALK ABOUT SEX, BABY.”  In the article a Chinese sexologist disputes Durex findings in China saying that they mainly surveyed people in economically developed, coastal areas that could afford internet access.  He argues that because of this, Durex’s survey is not representational of the overall Chinese population. Despite this caveat however, the article seems to think there is truth to the survey: “..the Chinese have sex much more often than the global average but are still too shy to talk about it with their partners… That may explain why only about 24 percent said they often experience orgasm, half the global level.”

Sound like Western libido imperialism?  Maybe I’m just being defensive because I grew up in Asia but I really feel uncomfortable with these findings.  What do you conclude from them?  It’s easy to pontificate on possible reasons for low Asian libido.  Some would go the route of Chinadaily.com.cn and say that cultural reserve in communication is responsible.  Cultural taboos about discussing sex and individual needs and preferences may be blamed.  Others may claim that the sex score cards are lowered by lopsided gender relations in these countries, that male dominance negatively affects sexual satisfaction.

It looks like nothing conclusive can be said right now.  Laumann’s original article states “Given the substantial, and observed differences in sexual attitudes, practices, and sexual well-being between “East” and “West”, we suggest that future research could fruitfully investigate cultural and structural causes of this variation.” Until then, an extended Nigerian trip and a stint in Mexico may be advisable.