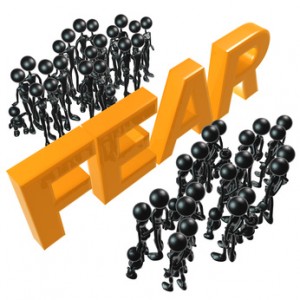 It’s the social conservative’s wet dream: Last week we learned that legislation had passed in Iceland banning all strip clubs.  Not only can you no longer run a strip club, but no business can profit from employee nudity in any way. So topless waitresses are out too.  There are signs that this momentum will result in a banning of the sex industry entirely. The legislation that passed on Wednesday last week is not the work of enterprising evangelicals or straight-laced rightists. Quite the contrary.  It is one of the most unique legislative milestones for the administration of Johanna Sigurdardottir, the first openly lesbian Prime Minister in the world.

This legislation that doubtless would win the approval of American “values” voters, was not inspired by religionists or indeed by any traditionalist undercurrent.  Though the Focus on the Family James Dobsons of the world would be delighted with this kind of an outcome,  this is the achievement of a small, hugely secular, socially progressive, Nordic state that England’s Guardian newspaper, calls “the world’s most feminist country”.

“It is pleasing how fresh the breeze of equality is at Althingi [the Icelandic parliament] these days,” said Siv Fridleifsdótttir of the Progressive Party, the bill’s first presenter (Icelandic newspaper Fréttabladid via Iceland Review Online).

Cut to the United States.  It’s been an interesting few weeks for gay rights.  On March 18, openly gay US infantry officer, Dan Choi, along with an outed officer, Capt. Jim Pietrangelo, chained themselves to the White House fence.  They did so in protest of “Don’t Ask Don’t Tell” (DADT), the US military policy that restricts the military from efforts to out service members or applicants that are gay, lesbian or bisexual, while still barring those that do come out from further service.  After coming out as gay on MSNBC’s The Rachel Maddow Show about a year ago, Dan Choi was issued a discharge letter from the military.  Choi has appealed the decision, and a final call has not yet been made.

On March 19, retired senior US military officer and NATO commander John Sheehan shocked the world with his logic in support of DADT.  Sheehan said that part of the reason for the 1995 massacre of 5,000 Muslim men in Srebrenica was the fact that there were gay soldiers among the Dutch UN peacekeeping troops that were protecting the Bosnian Muslim enclave. Sheehan made his statement before a Senate hearing on DADT.  The comments sparked Dutch outrage of biblical proportions, as well as worldwide criticism and disbelief.

What such statements reveal about the moth-eaten mindset of those that back the discrimination and deception inherent in DADT, is telling. Sheehan and like-minded antediluvians are so steeped in their anti-gay dogma that they are willing to make the issue one of life and death.  This is the antiquated language of DADT:  “The prohibition against homosexual conduct is a longstanding element of military law that continues to be necessary in the unique circumstances of military service. … The presence in the armed forces of persons who demonstrate a propensity or intent to engage in homosexual acts would create an unacceptable risk to the high standards of morale, good order and discipline, and unit cohesion that are the essence of military capability.”

So basically, according to the military, gay people are bad for morale and order.  And according to religious conservatives, gays are a threat to the institution of marriage, the physical and psychological health of children and the moral condition of society as a whole.  What is wrong with these dinosaurs? It would behoove them to take a protracted soak in an Icelandic hot spring.  Has society fallen apart in Iceland with an openly gay person wielding the highest powers afforded to a citizen?  Has morale plummeted and chaos reigned?  Are children permanently scarred and is society taking a moral plunge? No, no and NO. Instead we have witnessed the kind of successful attack on the sex industry that most anti-gay, pro-DADT American leaders salivate just thinking about.

It is time for real equality in America.  We may differ in our views on homosexuality but surely, it is time to judge each person on their individual merits and potential, not their sexual orientation.  We are close to the finish line.  President Obama ran on a campaign promise to repeal DADT.  In his first State of the Union he again promised to do it.  May the tides of change hasten and may the insult to basic human equality that is DADT, become a thing of the past.