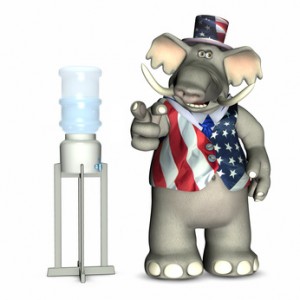 Buchanan (yes, the same crazy geezer who called Hitler “an individual of great courage” and said America was built by white folks) thinks you “went too far” with your comments on any given subject, chances are you did.  The comments that sparked the disapproving words? Last week, Republican presidential hopeful Newt Gingrich called the backers of the Cordoba House “Ground Zero Mosque”, “radical Islamists” and helpfully offered: “Nazis don’t have the right to put up a sign next to the holocaust museum in Washington.”

Despite Pat Buchanan’s rebuke, Gingrich hasn’t completely won the prize for “Most Ridiculous Republican” in the Ground Zero Mosque debate. Sarah Palin has done her level best in pontificating on the question of whether the moderate Iman, Feisal Abdul Rauf, should be allowed to proceed with plans to build the community center (which includes meeting rooms, a pool, a fitness center, a basketball court, a restaurant and culinary school, a library, a 500-seat auditorium, a mosque and a Sept. 11 memorial.)  Wordsmith that she is, Palin fired off a flock of tweets on July 16th, starting with a call, directed specifically at the “peaceful Muslims” to “refudiate” the Ground Zero Mosque efforts.  Her use of the (admittedly helpful) non-existent word must have touched a raw nerve with someone on Team Palin who still had not gotten over her demand that the Obamas “refudiate” the NAACP for claims that the Tea Party is racist.  The tweet was deleted and this time, the “Peaceful New Yorkers” of the twitosphere were awkwardly exhorted to “refute” the construction project.  As if this wasn’t enough punishment, we were all then treated to this tweet: “Refudiate,” “misunderestimate,” “wee-wee’d up.” English is a living language. Shakespeare liked to coin new words too. Got to celebrate it!”  The tipping point had been reached and the flood of tweets that ensued sent #ShakesPalin to Twitter’s trending topics and created a brand new Twitter account, @ShakesPalin.

And the Republican bluster didn’t stop there.  Minnesota Gov. Tim Pawlenty who has a significant Muslim population in his state, would not back down from this claim that the building of the Ground Zero Mosque would “degrade and disrespect” Ground Zero. Mitt Romney chimed in via a spokesperson about “the wishes of the families of the deceased and the potential for extremists to use the mosque for global recruiting and propaganda” in opposing it.  Former Arkansas Gov. Mike Huckabee threw in his two cents with this question:  “Is it just that we can offend Americans and Christians, but not foreigners and Muslims?”

I never thought I would miss Bush but, to his credit, he always stressed that Islam was a religion of peace.  In fact, following Obama’s defending the rights of the backers of the disputed construction to the right to “build a place of worship and a community center on private property in Lower Manhattan, in accordance with local laws and ordinances,” former Bush aides were some of the only visible Republicans to support him in the midst of huge conservative criticism.  To replace Bush-era Republican courting of Muslims, we now have conservative leaders like Gingrich who also said: “There should be no mosque near ground zero in New York so long as there are no churches or synagogues in Saudi Arabia.”

If the current Republican leadership wants to abandon the party’s formerly peaceful stance and continue stoking anti-Islamic sentiment among their ranks, perhaps they could turn against their own sensitivities and take a lesson from a Frenchman. Far right politician Jean-Marie Le Penn has peddled his on-crack Islamophobia in France for years. Gingrich could arrange for an American version of Le Penn’s propaganda on handy posters like this one (created by Le Penn’s National Front party) that features a fully-veiled woman standing next to a map of France with the pattern of the Algerian flag on it and the words: “Non à “l’Islamisme” (No to Islamism).  The posters have drawn furious debate in France and the Algerian government has voiced its displeasure.
But then, the lippy contingent in American conservativism has never needed the French to draw international haters.  “We are handing al Qaeda a propaganda coup, an absolute propaganda coup,” with the Islamic-center controversy, said Evan Kohlmann, an independent terrorism consultant at Flashpoint Partners who monitors jihadist websites. (The Wall Street Journal).  The article claims that Islamic radicals are justifying their violent threats by citing the American anti-Muslim rhetoric over the Cordoba Project and, other anti-Islamic rhetoric that has been building stateside.  A prime example is Pastor Terry Jones of Dove World Outreach Center (a mega-church in Gainesville, Fla.) who is planning a Sept. 11 “International Burn a Koran Day” where he plans to defy even his local fire department (who refused to issue him a permit for his event) in the act of intolerant stupidity that has elicited comments like this one on radical Islamic sites:

“Now, I wish to bomb myself in this church as revenge for the sake of Allah’s talk. And here I register my name here that I want to be an intended-martyr.”

Stay tuned for more of these friendly messages as American conservative leaders continue the downward spiral of anti-Islamic rhetoric stateside. 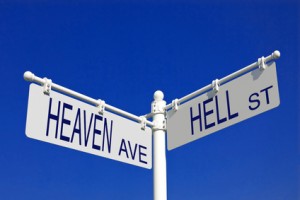 A fun-filled decade of evangelically-driven American foreign and domestic policy is behind us and despite best efforts to inject last minute sex-appeal à la Palin, Christian fundamentalism is fallen. Helpful clarifications and labels like the Axis of Evil are out of vogue.  Whereas previously, issues of national and international importance were seen through the handy prism of Dubya’s good vs. evil rhetoric, it looks as though we are actually going to have to think for ourselves again.

But the fact that Christian fundamentalism is losing its mojo does not mean that Christians are on the retreat.  If anything, moderate proponents of the faith are emerging from the shadows.  “I am a Closet Christian” confesses Ada Calhoun in a Dec 21, 2009 Salon.com article.  A New Yorker, Calhoun talks about her fear of being outed as a Christian: “Why am I so paranoid? I’m not cheating on my husband, committing crimes or doing drugs. But those are battles my cosmopolitan, progressive friends would understand. Many of them had to come out — as gay, as alcoholics, as artists in places where art was not valued. To them, my situation is far more sinister: I am the bane of their youth, the boogeyman of their politics, the very thing they left their small towns to escape. I am a Christian.”

Agonizing about how to verbalize her views on faith, Calhoun says, “it’s hard to talk about any of this without sounding dumb, or like a zealot, or ridiculous. And who wants to be lumped in with all the other Christians, especially the ones you see on TV protesting gay marriage, giving money to charlatans, and letting priests molest children?”

Moderate Muslims face a similar challenge.  After a decade of bad PR, the struggle remains to reshape Islam in the coming decade.  “The good news is that those Muslims who espouse militant ideologies no longer find a physical home in mainstream Muslim America… the New York-based al-Qaeda supporting extremist duo that calls itself “Revolution Muslim” has been reduced to heckling mosque-goers from the sidewalk,” says Shahed Amanullah in altmuslim.com / Global perspectives on Muslim life, politics & culture.

“Muslims Denounce Terrorism / Terror Has No Religion” reads a bumper sticker sold by the The American Muslim.  It’s hard to battle terror with talk of peace but as more and more voices demand an end to extremism, the tide may be turning.  It doesn’t hurt that Obama gave his first interview as President to an Arab broadcaster; that his Cairo speech was well-received or the fact that his envoy to address the Israeli/Palestinian conflict is seen as more balanced than his predecessor.

What the coming decade holds is anyone’s guess.  Hopefully, a new tone is being set. “We remain a young nation, but in the words of Scripture, the time has come to set aside childish things….” said Obama in his Inaugural Address. Dodging any delusional salvation-through-Obama drool, perhaps there still is hope that childishly extreme religious rhetoric has seen its heyday in the US.