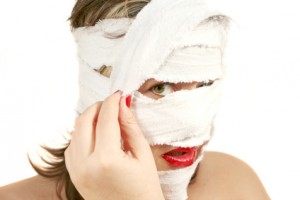 Google is good at most things.  Losing is not one of them.  Neither is consistency.  The fight erupted over Google’s mid-December 2009 allegations that the Chinese government had been trying to hack into the gmail accounts of human rights activists; that it had been snooping on a variety of gmail account holders that supported Chinese human rights advocacy and that it had stolen Google intellectual property.  Beefing up its firepower, Google also claimed on its blogspot, that it was very concerned about “attempts over the past year to further limit free speech on the web…”.  In response, “We have decided we are no longer willing to continue censoring our results on Google.cn… this may well mean having to shut down Google.cn, and potentially our offices in China.”  So far so good. The web was atwitter singing the virtues of Google’s ballsy defiance of the rising superpower.

On January 12, China Digital Times reported that as news spread that Google was considering leaving the country, Chinese citizens brought flowers to Google China’s headquarters in Beijing.   Salon.com comments, “According to a tweet from “jason5ng32,” the action caught the attention of security forces, who promptly coined a new phrase: “illegal flower donation.” You can’t do much better than that, if you’re looking for a metaphor that expresses the Chinese government’s resolve to control freedom of expression — in any medium.”  Google fans were raiding Kleenex boxes, dabbing big tears of pride and admiration from their puffy faces.

But the further you dug, the less you were impressed.  The conversation changed when you took notice of the fact that Google had agreed to censoring by the Chinese government way back when it started Google.cn back in 2006.  “Yes, the Chinese government required that Google censor some of its search results in exchange for doing business legally in the country, and yes, Google’s acquiescence of those restrictions have made it a target of activists all over the world,” states a January 13 Slate.com article. Google’s new fuss about the restrictions on free speech in China lost steam as it tried to justify its 2006 decision by stating, “a more open Internet (courtesy of Google.cn) outweighed our discomfort in agreeing to censor some results.”

Google China lost even more of its moral high ground when the fact emerged that, contrary to its overall global trends, it had recently been losing search engine market share (down from 19% in the second quarter of 2009 to 17% in the third) in China. Also, Baidu, a Chinese search engine, was giving Google a humiliating spanking as it towered over the self-assured global giant in Chinese market share.  Now Google’s Holy Joe posturing was making sense.  It was not simply a reaction to cyber scuffles and censorship… this was good, old fashioned face saving.

Google’s threat of retreat was even more undestandable when you considered that, especially in Europe, there are currently huge privacy concerns in regards to the Internet giant’s services.  In ForeignPolicy.com, Evegeny Morozov argued that Google needed a PR boost and that, “Google.cn is the goat that would be sacrificed, for it will generate most positive headlines and may not result in devastating losses to Google’s business…”

In “Soul Searching:  Google’s Position on China might be many things, but moral it is not”, TechCrunch.com is not ashamed to take sides, “Taking a moral position four years too late – whether you’re the first or the last to do so – is like suddenly declaring that you oppose the Iraq war now you’re no longer standing for the Senate or renouncing your own steroid abuse once you’ve retired from professional sports. Which is to say, it’s taking no moral position at all.”  Nuff said.