“Bjorn, you are going to need a very rare kind of girl.”  The year was 2000, I was a freshman in college in France.  I was getting lectured on women by an older friend.

He was right.  I had quite the list of qualities I wanted in a girlfriend.  And close to the top of the list was an openness to travel.  I knew that things would never work out between me and someone “stationary”.  Not that there was anything inherently wrong with being a homebody.  On the contrary, I sometimes envied those that were content staying in one place, those that didn’t have the traveler’s itch.  Being able to stay in one town and go with the flow sounded temptingly simple on some level.

But the reality was that I was born into a family that traveled and lived internationally.  I had grown up traveling and I knew that I would never be happy if I gave it up.

I knew what I wanted:

And difficult it most certainly was.  After that freshman-year conversation, it took 10 years to find the girl.  On April 3, 2011, Jammie and I got married.  Two years later we took off to travel the world long-term.  I am so grateful to have found someone that shares my passion in life.

The wedding pic above is like the victorious “after” shot of people that lose a ton of weight.   The “before” picture was full of the blood, sweat and tears (lots:)) that it took to get here.  This post is aimed at making that process easier for others.

Here are some things I learned that make deciding if she’s “the one” easier (ladies, the same tips hold for finding a guy who travels):

Listen to her dreams.  As you start spending time with or dating a girl, listen to what she really gets excited about.  It’s hard to fake genuine excitement.

What does she talk most about, future-wise?  Is the dream a big house in her hometown or a career that would require her to stay put?  Where does she see herself 10 years from now?  What does the dream look like?  Don’t interrogate her. But do encourage her to talk about the future.

Be careful not to judge.  It is OK to value different things.  This isn’t about being right or wrong. But be practical, too.  If what she values requires you to stay put years on end, then realize that this may not be the girl for you.

I remember a friend from several years back who was incredibly miserable because he had missed the warning signs.  He had married a very attractive, friendly girl and they had started a family.  Everything was good except for the fact that she was adamant that she could never leaver her hometown.  He felt trapped and cheated in life.  He wasn’t going anywhere and it was a depressing situation all round.  Don’t end up this way.

Check out the family.  Go to as many family functions as possible and talk to everybody.  It is a good idea in general to be on good terms with her family but consider this sleuthing time as well.  Ask yourself some questions:

Does everyone live in the same place?

Are those that move away equally respected and accepted or are they shunned for their decisions? Culture plays a part in this.

Is it culturally appropriate to want to spread your wings, travel and see the world?

Chat to her parents.  Have they ever traveled?  Do they smile and get excited when you talk about other countries or can you see them tense up?  Ultimately, you and the girl will need to make the calls in your lives but it would be great to have the parental blessing, right?

Float the topic.  There are ways to bring up travel with your girlfriend that aren’t too blatant.  Here’s a very basic tactic I used with girls I met:

Share some travel experiences and see if she reciprocates with her own.  If she likes travel or is in anyway interested you can count on her being enthusiastic about telling you stories or listening to yours.  If she yawns and changes the subject, take notice.

If the two of you don’t share a passion for travel, consider the long-term implications. Are you looking forward to being landlocked the rest of your days?  Don’t throw away your happiness and hers by glossing over a big difference between you.  Lifestyle is a big deal.  Staying indefinitely in the same town can start to feel like prison if you are interested in mobility.

Test runs. There’s no need to get too crazy too fast.  Start simple.  Try taking some mini-trips with this person.

The ultimate relationship test is travel.  Expect some bumps in the road, so to speak.  But look at how this person deals with the unexpected and the unknown.  What is the chemistry like between the two of you on the road?  Do you like discovering new places together or are you perpetually at each others’ throats?

Be patient and give her time. Here’s a biggie:  Chances are that one of you is going to be more of a travel enthusiast than the other.  This was certainly true with Jammie and I.

At first, Jammie was not at all as into the idea of world travel as she is now.  I still remember the day when she told me that she would be fine living in her hometown the rest of her life.  I about died.  But I am really grateful that I did not completely freak out.  We talked about it and eventually we found some common ground where we realized that we both valued the adventure, discovery and service opportunities that travel, done right, could bring.  But this took time.  It taught me some patience.  It was good for me!

Straight talk. It may be good to start with a “softly, softly” approach but don’t stop there.  Have patience, but also realize that you need to be real.

If international travel and living abroad are important to you, then don’t wait until it is too late to share it.  No need to come storming in, but be honest.  Frame it as something you really value in life.  Invite her to be part of it.  Respect her response either way but know that this is an area that requires common ground for there to be happiness.

If she’s game, SEAL THE DEAL!!! OK, here’s the most important part:  If she is game for travel and you guys are compatible, don’t let her get away!  Marry the girl and hop on a plane:)

FOR MORE OF OUR STORIES , PICTURES AND ADVENTURES, CHECK OUT GOKARLMANS, JAMMIE’S AMAZING BLOG!!
LIKE CULTUREMUTT ON FACEBOOK 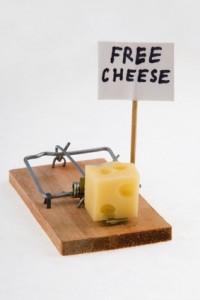 We’ve all had to endure the heavy-breathing commentary about Swedish women, their striking blond hair, long limbs and  “clothing optional” approach to life in general.  Swedish women are characterized by global media and entertainment as sexually liberated, touchingly naive blond goddesses. Swedish men on the other hand, almost always look goofy in movies and seem only to have two names: Sven and Bjorn.  As Bjorn happens to be my first name, I thought it appropriate to lay down a few helpful steps for anyone who might be looking to snare a viking for themselves.

For step one, let the following sink in: “Dating” is not big in Swedish culture.  There isn’t even a real Swedish name for it.  You can “dejta” or “gå på dejt” (Both basically mean “go on a date” and borrow directly from the English.)  What this means is that Swedish dating rules are, at best, unwritten, and visitors often find them very confusing.

The second step to romancing a Swede is to understand that gender equality is huge in Sweden.  Guys, women will absolutely expect to be treated as your equal.  Ladies, don’t be shocked if Swedish men don’t fall over themselves to carry your shopping.  Because gender equality is foundational to modern Swedish culture, some Swedish women may even be offended if males go too far with opening every door and trying to treat them like the “fairer sex”.  Genuine warmth and charisma are appreciated by both sexes but save the dramatic serenades for Southern Europe, Swedes are more low key.

At the risk of completely contradicting myself, here’s step three.  A lot of Swedish women complain about the fact that Swedish men are often very shy and don’t like to make the first move.  Often it seems that the average Swedish male needs to be on his fourth round of beers before he can muster the courage to utter a tepid, “Hi my name is Sven” (Yes, if Sven is under 50 and he is like most Swedes, he probably will speak reasonable, if somewhat sing-songy English). Herein lies the opportunity for non-Swedish males: a little charm goes a long way.  Simple things like you initiating conversation or offering to pay for a meal when it was your idea, will equal points.  Women, if you like the shy, mysterious type, Bjorn may be your guy.  Ask him about Swedish bastu (sauna) rituals. He may open up and suggest you go for “fika” (no, that is not nearly as exciting as it sounds – fika is the Swedish custom of sitting down for
coffee and pastries).

The digital age has enabled step four.  Swedes are BIG on texting.  A lot of conversation that you would expect to take place face-to-face, happens via SMS.  Texts are preferable to talking to new acquaintances on the phone. Pick up a number from Greta at ICA (one of the main Swedish supermarket chains) last night?  Texting is your ticket…

And now for step five in reeling in your Swede:  Cultural sensitivity is fine but DO NOT try to be Swedish.  Anyone in any culture can spot a wannabe and Swedes in particular are turned off by phony behavior.  Many Swedes are fascinated with traveling and getting to know people from other places.  So by all means appreciate Sweden but don’t be reluctant to chime in about your own country, its customs and way of life.  Chances are your guy or girl will find what you are saying interesting and they will want to get to know you better.

There’s absolutely no reason to sit alone in your hotel room or apartment while in Sweden.  Put steps one through five into practice and get to know the Swedes you come into contact with.  You’ll be glad you did.  Lycka till!