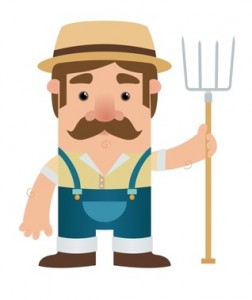 I seriously wanted to throw something at him.  He was my age, beyond pompous and spoke in the most affected, patronizing tone imaginable.  Worse yet, he was the keynote speaker for the seminar. I was stuck where I was sitting and could not get up.   I could not believe how irritated I was becoming.  It was something about his totally artificial, urban style and the way it came across in the mountain town in which I work (and attend conferences).  The two simply did not mesh.

The yuppie finally sat down and up stood the next speaker – same thing… urban condescension cloaked in sugary garble for another 10 minutes.  I was beside myself.  The abuse continued for most of the evening with one or two exceptions in the lineup of speakers.  I was seething.  The whiplash from the reverse culture shock (I am a former city-dweller who moved to the country) was intense.  Three years ago I had been that first speaker.

It’s amazing how environment changes you.  You notice the externals first.  When I moved from Los Angeles to rural Northern California there were a few things I picked up right away.  In LA you wanted to look richer than you were – you drove a nicer car than you should and dressed to the hilt.  Norcal (Butte County, to be specific) was a whole different story.  If you had money, you hid it by driving beat up trucks and dressing Kmart.  More than that was different.  People talked more slowly, never honked and invited you to go shooting in the woods.  I got invited to NRA events.  My wife and I went to a Professional Bull Riding (PBR) show and THOUSANDS of people turned up.  We’d never heard of it before.  All of this gradually changes you I guess.

Back to the presenters pissing me off.  The next morning I burst into the office, ranting about how those Sacramento and Reno presenters were clueless and didn’t know their audience.  My colleagues were amused.  One finally offered, “Yeah Bjorn, you’ve gotten a lot better over the years.”  They were really enjoying the irony of this former urbanite ranting about his own.  What goes around comes around.