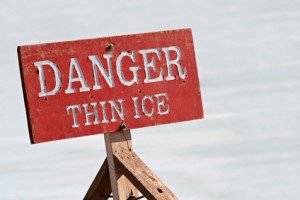 Swedish cartoonist Lars Vilks was back in the news this week after it had been discovered that seven arrests had been made in Ireland due to a plot to kill him. In 2007, Vilks’ work depicting the Prophet Muhammad with the body of a dog was published in the Swedish Nerikes Allehanda newspaper. Vilks’ work had originally been featured in an arts project before it was published by the paper. It caused widespread anger in the Muslim world as well as a bounty of $100,000 to be placed on his head by a group linked to Al Qaeda in Iraq and, as the BBC reports, “a 50% bonus if he was ‘slaughtered like a lamb’ by having his throat cut.”

After the Danish newspaper Jyllands-Posten published depictions of the Prophet Muhammad and created the country’s biggest international blowup since World War II, you would have thought basic common sense would have discouraged any similarly-inspired artwork.  But no, Vilks carried on and his work caused such an uproar that Sweden’s embassy in Pakistan had to express regret over his art and the subsequent hurt caused while stating that it could not prevent the publication of the material because it would interfere with the freedom of the press.

Vilks at the time chimed in saying that his work was art and told the Associated Press, “I’m not against Islam. Everybody knows that…”  The Christian Science Monitor quoted Vilks after the $100,000 bounty had been placed on his head: “I suppose this makes my art project a bit more serious. It’s also good to know how much one is worth.”  The same article reports that Vilks created his controversial art “as an editorial comment on self-censorship, freedom of expression, and religion.”

The BBC, in an August 31, 2007 piece, quotes Pakistan’s foreign ministry on “what it described as a growing tendency ‘among some Europeans to mix the freedom of expression with an outright and deliberate insult to 1.3 billion Muslims worldwide… Such acts deeply undermine the efforts of those who seek to promote respect and understanding among religions and civilisations…’ ”

How do you react to such sentiment?  You could go the route of conservative political commentator, Tony Blankley.  After the cartoonist behind the original Danish work, Kurt Westergaard, was attacked in his home by a Somali Muslim, Blankley railed against the fact that “most European journalistic commentary argued that Western writers and artists should, for prudence sake, abstain from such (allegedly blasphemous) expression..”

Said Blankley, “…it is worse than imprudent for Americans (or Europeans) to give up freedoms and ways of life that have been defended for centuries by the martial sacrifice of our ancestors (and current warriors) — and by the intellectual courage of our writers and artists — just because our morally feeble, self-proclaimed ‘educated class’ and elites have lost the will to defend our civilization.”

What Blankley seems to miss is that the problem has very little to do with defending Western civilization and every bit to do with basic intercultural relations.  Just because the free world embraces freedom of speech does not mean that all forms of reason and restraint and respect for cultural and religious differences should be cast to the wind.  Freedom of religion and expression are a basic right in the free world but there are limits; anti-hate speech legislation exist in a number of Western countries that prevent expression of hateful rhetoric based on factors such as race, ethnicity and sexual orientation.

With current anti-Islamic sentiment at record highs, there is little difference between irresponsible (blasphemous, in the eyes of some) art depicting Muhammad, and hateful propaganda.  Freedom of the press and freedom of expression are important rights and should remain so.  But cultural cretins like Vilks should think carefully about the responsibilities that come with such freedoms.