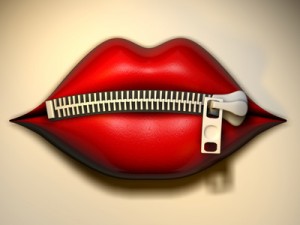 I had been away from Asia for several years when I returned on a business trip in 2004. By my second or third meeting in Bangkok, it was clear that “getting down to business”, “straight talk” and a Western “no-nonsense” approach to negotiations were not going to fly. Meetings started with a shockingly robust round of pleasantries by American business standards. In fact, it seemed that the actual “business” portion of the meeting was limited to very brief statements, sandwiched between a prolonged inquiry into how my colleague and I were enjoying Thailand at the start of the meeting, and another succession of questions and suggestions at the end as we covered how best to entertain ourselves in Thailand for the rest of the trip. My host did a superb job of making sure everyone felt at ease and there was a sense of harmony to the meeting that I had rarely witnessed in the Western “cut-to-the-chase” business etiquette that I was used to.

I can’t say that I have a definite preference when it comes to approaches to business etiquette. I can definitely appreciate the Eastern prioritization of group harmony over directness. I really enjoyed my time in Bangkok and from a business point of view, the deals we were able to negotiate by playing by the local rules proved to be very lucrative successes. On the flip side, straight talk can be enlightening because it minimizes the guessing game. I was raised by Scandinavian parents that encouraged clarity in communication to the point of bluntness. They felt that this kind of communication was honest and correct. I have countless examples of how openness and directness, however uncomfortable they may be in the short term, end up saving a lot of time and heartache in the long run. Former General Electric CEO Jack Welch, on his website The Welch Way, claims that candor is a principle of business communication that is necessary and helpful in any work context, anywhere – a veritable one-size fits all.

This is where I beg to differ. Millions of dollars are lost every day on business deals gone south because we as humans seem only to think about communication in terms of what is culturally accepted in our societies. We know, in theory, that people communicate differently in different parts of the world, but habits are hard to break. It seems that subconsciously, we expect others to see relationships and communication the way we do.

As a result, cultures that believe group harmony to be paramount may come across as evasive and even dishonest in cultures such as those of North America and Western Europe, where directness and clarity are the guiding force. On the other hand, Western candor often comes across as bullish and rude in many Asian countries and can be alienating to the point where deals collapse. AsianAmerica.net, an online service to promote cultural, educational and economic ties between Asia and North America, puts it like this: “It is estimated that more than half of all international joint ventures fail within two or three years. The reason most often given is cultural myopia and lack of cultural competency – not the lack of technical or professional expertise.”

There is no magical third way to completely avoid this clash of communication styles that leads to business disasters. Do your homework before you take off on international business trips or before you start negotiations with anyone from a different culture. What will their expectations be in terms of etiquette and what can you expect from them as far as their communication style?

Asian.American.net says “Customizing the learning experience is the most effective way to address specific issues and objectives and maximize the impact cultural competency can have on the company’s bottom line. In today’s global marketplace, being culturally savvy is no longer just “nice to have” but a key ingredient in building and maintaining a competitive global advantage.”