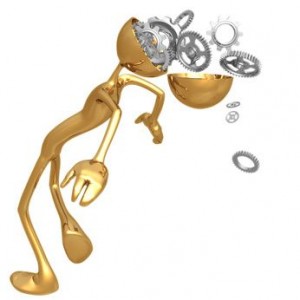 I really enjoy it when people get what’s coming to them. Rarely have I found this more satisfying than in cross-cultural situations when some oaf has clearly made no effort to be culturally sensitive and then suffers the inevitable backlash. Case in point: during Nato’s airstrikes against Belgrade in 1999, a Serbian friend of mine was talking about how beautiful the city was when a visiting citizen of one of the Nato member countries helpfully offered, “Well it won’t be when we are done bombing it.” The offender was shunned from that point on.

If you are reading this you probably have as little pity for this clown as I did. But what happens when YOU are the offender? There is a good chance that if you do any kind of mingling with people from other countries, something you say will upset someone. There is obviously no fool-proof way to avoid causing this kind of offense and it is possible to be too paranoid about potential insensitivity. However, there are a few avoidable moves that will frame you as a dimwitted, nationalistic philistine without a cosmopolitan bone in your body. Here they are:

Talking too much about your own country
Yes, if you are an American traveler, you will take an international beating for the reputation Americans have as loud-mouthed, nationalistic brutes whether or not you yourself have done anything to encourage this stereotype. Luckily, Barack Obama’s reversing of George W. Bush’s moronic unilateralism has made today the easiest time for Americans to travel in at least a decade. Talking too much about one’s own country is something that anyone from anywhere can be accused of. When I first moved to the US I was a little too eager to tell people about Sweden. I look back now and I am embarrassed… luckily my American friends where gracious and gave me some time to adjust to the fact that as interesting as Sweden may be, I was now living in the US and could afford to wave my own flag a little less.

Unnecessary Comparisons
This is a screw-up that is very closely linked to excessive commentary on your own country. Sometimes it is soooo tempting on overseas trips or in discussions of international flavor, to compare foreign lands to your own. Steer clear of it. If you have a local guide, they are hoping to show off their country, they don’t need to hear about yours and they certainly don’t want to hear about how your country’s architecture/health care/communication style somehow is better.

Lazy Assumptions
I got a lecture from an Argentine friend when I suggested that refined conversation was, by definition, calm and collected. She completely disagreed. Refinement, she said, did not at all come from the kind of monotone, subdued interaction that I was describing. Animation, energy, passion and dramatic fluctuations in tone and volume were not just OK, they were just as refined as anything I was talking about. I backed right down from my Northern European assumption.

Wimpy Eating Habits
Whenever my family and I visited friends’ homes growing up in Asia, food would appear. Our hosts were often intensely interested in what we thought about their food. I learned very quickly that it was NOT OK to ignore the curry and make comments about the food tasting “interesting.” If you are traveling, embrace the opportunity to try something different. Stick your neck out, puff up your chest and ask for another pupusa…

Being an Island Unto Yourself and Your Own
It’s tricky. You are a long way from home. You are homesick. And the confusing blend of new language, food, customs and beliefs has you wanting to either stay indoors or join a club that exclusively admits your own nationals. Resist this urge to hibernate. Some culture clash is to be expected. If people sense that you have no interest in reaching out and learning about your host country, they are less likely to make an effort with you.

One final word: don’t freak out if you are guilty of any of the above. International interaction and cross-cultural communication of any kind is going to involve a lot of trial and error. If you upset someone, a sincere apology is often all that is needed to move forward and enjoy the process of learning about new ways to be human.