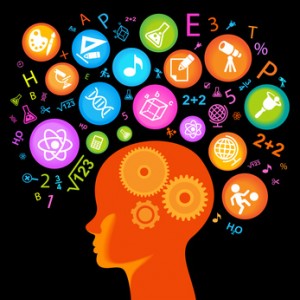 Hands-down the most fascinating thing that is coming out of my reading of Walter Isaacson’s Steve Job’s biography is Jobs’ use of what his friends called the “reality distortion field”.  It was well known that Steve Jobs basically had a conflict with reality.  He often refused to accept it. Wikipedia actually has an entry for the term and it describes “Steve Jobs’ ability to convince himself and others to believe almost anything with a mix of charm, charisma, bravado, hyperbole, marketing, appeasement, and persistence. RDF was said to distort an audience’s sense of proportion and scales of difficulties and made them believe that the task at hand was possible.”

Those around Steve Jobs saw this as both a good thing and a bad thing.  The negative part was that sometimes Jobs was wrong and when he pushed against reality, it, at times, pushed back and he was left with the cold truth of failure.  His cancer and the fact that he believed he could treat it by unconventional means combined in such a way that he put off necessary surgery until it was far too late and he eventually died from how the disease developed.  In this case he could have prevented such an early death by accepting reality and having surgery.

At other times, in many business decisions, Jobs refused to settle for unambitious “realistic” product concepts, timelines and designs and pushed his people to achieve more than they thought was possible.  He was absolutely relentless and this drive often paid off.  Today, Apple is peerless as a result of Jobs’ leadership.

When I think about my own reality distortion field I think about how I can use it for my passion of savvy, global do-gooding.  I don’t want to settle for less than the best.  I don’t want to dream small dreams, to limit myself by what others deem realistic.  Of course there is the flip side of not wanting to hallucinate.  I’ll be the first to admit that I can often err on the side of being overly optimistic.  But I think that this positive naïveté isn’t really the problem.  The problem is often my follow-up.  The halfhearted follow-up on what are obviously stretch goals. 2012 is a year that I want to dedicate to a more full pursuit of these dreams that have been born in the reality distortion field.  I am fully expecting some rude awakenings.  But there may also be some dreams that come true.