Some of you saw this coming: Swiftly on the heels of our most dramatic culinary adventure last week – eating raw durian (a fruit) and sticky rice – I was hit like a sledgehammer with the most violent food poisoning I’ve had since college. I mean it was brutal, out-of-both-ends stuff requiring Tarzan-like leaps out of bed to the facilities.

Even in my miserable state the irony of it all was too funny. In my last post I had confidently declared Thai street food fair game and now here I was, the ever-present occupant of my bathroom.

One thing was for sure: there was plenty of time to think. Plenty of time to analyze what had happened. Was I wrong to have taken the risk of eating Bangkok street food? Should I swear it all off? 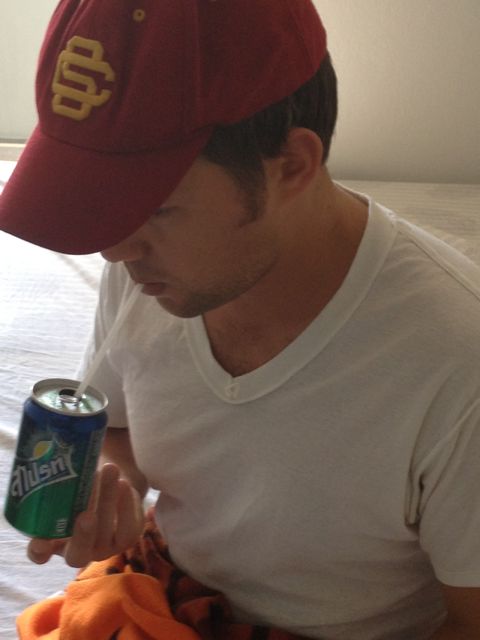 As much as my stomach was telling me never to eat Thai street food again, my brain knew better. This was a lesson in restraint and commonsense (the gooey fruit had been festering in a lukewarm milky substance for hours without refrigeration and I really should have known better than to think I could handle it). It was not grounds for a drastic retreat to peanut butter sandwiches for the balance of my stay in Bangkok.

My default MO is one of at least slight overconfidence. Often it pays off – I attempt challenges, assuming things will work out and then they often do. But occasionally you just end up loosening your bowels.