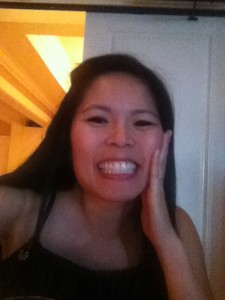 This past Saturday, my wife, Jammie and I were driving to Redding, a little town north of where we live in Northern California. We were listening to a radio station that is popular locally and on came a “thought of the day” type of segment.  The host said that as a newly wed she had despaired because she didn’t feel she could be the perfect wife.  She had finally gone to her husband and asked him to list the top three things that she should do to be a good wife.  I was shocked at how old school the list sounded.  It was something like:

It sounded like the kind of checklist that the post war housewife obsessed over in those vintage ads for extra-efficient vacuum cleaners… “anything to have the house ready for my hubby when he comes home!!”  But there was not a hint of irony in this little radio segment. If anything, the wife presenter agreed to the list and pledged her level best to making it happen.  I couldn’t believe it!

“That couple is straight out of the ’50s!” I said to Jammie.  She agreed.  We started dissecting the man’s list for his wife.  We live in a rural and very Evangelical corner of California with fairly traditional values so, as shocking as the list of requests was from an urban gender politics standpoint, it made sense given our cultural context.  THEN, Jammie turned to me and said, “You know his list for her is basically my list for you!”

I wasn’t sure how to react.  I come from Sweden, a bastion of trendy gender equality and Jammie from a pretty progressive pocket of Southern California.  In these parts of the world the tables have turned.  Whereas men should never articulate any of the above demands if they value their own lives, increasingly, women can.  Jammie looked over at me and said in no uncertain terms, “I am a 1950s husband.”

And so it is.  In future posts, look for my favorite recipes, home ec tips and other gems of savvy, domestic housekeeping.