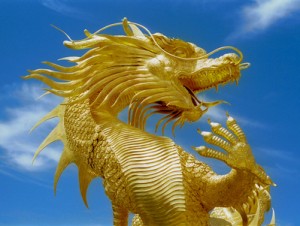 Heard of the term “Generation G”?  As opposed to the greedy 80s, “G” stands for “generosity” today.  The concept clicked for me as I was reading one of my favorite sites – trendwatching.com – a little while back.  The term sums up “the growing importance of ‘generosity’ as a leading societal and business mindset.”  We’ve been burned by corporate greed, shameless Wall street gambles and a handy recession that took us to the brink of economic Armageddon.  So people seem to be looking for companies and organizations that actually care about the customer and the environment. Trendwatching points out that these warm cuddlies have jived well with “an online-fueled culture of individuals who share, give, engage, create and collaborate in large numbers.”

Trendwatching includes, “for many, sharing a passion and receiving recognition have replaced ‘taking’ as the new status symbol.”  YouTube, Flickr, Wikipedia, free stuff on Craigslist are vehicles for this trend towards community thinking and collaboration that rejects dated dog-eat-dog aggression.  And the trend towards generous living is not just limited to sharing resources online.  If you are a billionaire today, there is positive pressure on you to give. High-profile pack leaders like Bill and Melinda Gates and Warren Buffet are persuading peers to donate huge parts of their fortune to charity.  In fact, Bill Gates and Warren Buffet with $53 billion and $47 billion fortunes respectively, have set what they call the Giving Pledge, a list of 40 members American billionaires that they have persuaded to give away at least half their wealth during their life or when they pass – click here for the list of who has signed up so far.  The Financial Times published an article last week announcing that Facebook founder and billionaire, Mark Zuckerberg, has just opted to join the list.

What I think is especially interesting, is that this kind of billionaire generosity is not all limited to the rich in developed countries.  A couple of months ago, Bill Gates and Warren Buffett hosted a dinner in China for the über-rich (including movie star Jet Li).  Gates said that he may head to India to have a similar gathering next year with that country’s emerging community of extremely wealthy tycoons.  Increasing wealth in these countries is going to increase pressure on them to give and share.  Some stats that back this prediction:

“86% of global consumers believe that business needs to place at least equal weight on society’s interests as on business’ interests.

78% of Indian, 77% of Chinese and 80% of Brazilian consumers prefer brands that support good causes, compared to 62% of global consumers.

8 in 10 consumers in India, China, Mexico and Brazil expect brands to donate a portion of their profits to support a good cause. (Source: Edelman, November 2010.)”  trendwatching.com

April 2010 marked a milestone in China when megawealthy 88-year old Yu Pengnian took the stage as a billionaire philanthropist. His foundation today is impressive by anyone’s yard stick:  $260 million in bank deposits and a $1 billion Hong Kong and Shenzhen property portfolio that is projected to bring in $50 million annually in cash.  The Chronicle of Philanthropy showcased Li Ka-shing who in 2006 announced a $10-billion cash infusion of his own money to his Li Ka Shing Foundation, building a philanthropy powerhouse that is stiff competition for some of the best American foundations.

This post isn’t intended as fodder for the “China is taking over” crowd but rather to show that Big Generosity is increasingly a worldwide phenomenon.  Living generously is no longer a lifestyle restricted to the pious few.  It is not geographically or culturally defined.  Giving is good and it is universal.  A recession will not stop this.  If anything, economic downturns spur creativity and a sense of interdependence that isn’t as prevalent in years of plenty.  While the stark figures of fundraising bottom lines may have suffered since 2008, the shift towards generosity is growing and it is shining in the East.