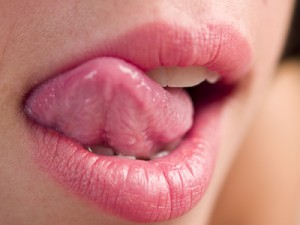 Not one to want to stay out of the news cycle for too long, John Edwards made headlines again this week: he has separated from his wife and he made a sex tape during his affair.  Gawker cited two anonymous sources that say the former North Carolina Senator, 2004 vice presidential candidate and 2008 presidential candidate, made the tape with former lover Rielle Hunter. The flick contains many a sex act and was apparently discovered by former aide Andrew Young who stumbled across the unmarked DVD and felt compelled to pen The Politician, a ruthless exposé of his old boss.  Gawker dutifully records that, although they have not seen the tape, their trusted sources say Edwards “is physically very striking, in a certain area. Everyone who sees it says ‘whoa’.”

America already knows that Edwards is capable of shocking things (who in their right mind deems it necessary to add insult to injury by explaining that at least his wife’s cancer was in remission when he had his “pants down”?).  So the tape should not be seen as something scandalous but rather as a sincere attempt to be added to Wikipedia’s Celebrity Sex Tape list.  After all, Edwards would be in fairly hallowed company and should be seen as a noble pioneer in blurring the lines between politician and sleazy celeb.  The over 30 stars on the Wikipedia list have made their passion public intentionally or through clumsy fumble after setting up the trusty camcorder.  From humble beginnings in the ’90s with Pamela Anderson’s indiscriminate romps with one musician or another, celebrity sex tapes have almost become a professional credential for Hollywood hopefuls.  Everyone from Kim Kardashian to Jamie Foxx to Verne “Mini Me” Troyer has been steaming up the web with their bedroom flics.

Let’s remember that the PR boost to be gained from a sex tape does not even require any actual on-screen intercourse.  As PopEater so aptly puts it, “These days, it seems that anyone with a modicum of name recognition can film themselves kissing someone in their underwear and before you know it, it becomes hyped across the internet as a ‘sex tape.'”

PopEater quotes adult website AVN.com’s Dan Miller saying that “With all the cable and reality shows out there, everyone has their 15 minutes of fame and they have some name recognition so there could be a potential market for seeing them naked.”

And why should the market for on-screen nudity be limited only to Hollywood stars? With mid-term elections coming up later this year Edwards has done the politicos a favor with his innovative trail blazing.  Sex scandals are nothing new to politics but sex tapes could come in useful for candidates that feel their campaign could use an extra boost. Those needing proof of this theory have but to turn to the spectacular Massachusetts upset that Scott Brown pulled off, robbing complacent Democrats of the Senate seat they had held for decades.  He didn’t even need a sex tape.  All he had to his name was this dignified centerfold that inspired Cosmo to come up with the slogan: Who Needs Joe Plumber When You Can Have Scott Six-Pack?