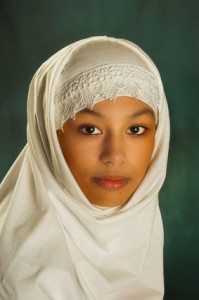 Of all the points made against racial profiling, this is the one you want to avoid making if your gig is avoiding looking stupid: Racial profiling is wrong because it is not effective.  On the left side of the shouting match about racial profiling you far too often hear someone rattle off all the white terrorists they have ever heard of in an attempt to make a case that there aren’t any ethnic trends in terrorism.  The guy arguing for racial profiling will then start a list of as many brown bad guys as he can conjure up and “From there the conversation will devolve into a contest to see who can name more terrorists, until at some point the segment runs out of time.” (Ben Eidelson for Salon)  Apart from this being an entertaining spectacle to watch, this is clearly a pathetic exercise and even if you are the victor, your long list of terrorists only qualifies you as a terror geek.  It solves nothing.

So what to do instead?  Eidelson’s got the answer: argue that racial profiling is morally wrong.  Two examples:

Arizona: “Arizona’s new law, for instance, will ostracize innocent Latinos, entrench racial suspicions, and lend the government’s endorsement to hostile stereotypes about who “looks American.” It will serve as a regular and painful reminder to Latino Americans that, in the eyes of many, they don’t belong in their own neighborhood.”

Airport Security: “The question is whether officials should consider ethnicity as one factor in deciding whom to examine more or less closely. We should exclude race and religion from those judgments not because everybody is equally likely to be a threat, but because it would be wrong to institutionalize the alienating suspicion already faced by innocent Muslims and Arab-Americans in their schools, workplaces and communities.”

The inevitable retort to this line of argument will be that we have limited resources and border hoppers and plane bombers in recent history tend to fit a certain profile.  So as uncomfortable as it might make weak sauce commies, brown people are getting the pat-down.  Or, as Fox commentator Steven Crowder helpfully puts it, “You’re not looking for a blond-haired, blue-eyed Swede most of the time.”

As easy as that might make airport security checks for this Swede, this kind of lazy pragmatism makes me sick to the stomach.  Simply because something is simpler or more cost-efficient doesn’t make it right.  This kind of racially-charged rhetoric that blames broad swaths of our population for society’s ills was equally convenient in Nazi Germany when a particularly charismatic leader harnessed German efficiency to his less than fuzzy feelings for Abraham’s children.

Change for the worse may at first happen slowly but bigoted thought has a way of snowballing.  On the heels of the passing of the Arizona law sanctioning police questioning of those who “look” like illegal immigrants, we have another encouraging trend from this anachronism of a state:  a bill that seeks to nix ethnic studies in Arizona schools.  The Los Angeles Times correctly identifies the law as a source of great concern for those who believe, “it’s yet another law targeting Latinos in the state.”

Massive opposition to this kind of downward spiral is needed now.  The Los Angeles and San Francisco and, just today, Austin city governments have passed official boycotts of Arizona for most business.  Opposition to institutionalized prejudice should not just be the remit of government.  Don’t fight creeping racism with weak arguments about what color our troubles come in.  We have far greater problems on our hands if we turn back the tide of civil rights progress by claiming that racial profiling is justified because it is more cost and time-effective a method to soothe our woes.  We have come too far and we are too wealthy a society to justify institutionalized prejudice for such petty reasons.  As Eidelson puts it:  “It may simply cost us more — in time, money or convenience — to achieve the same level of success without racial discrimination. Many Americans are fond of the slogan that “freedom isn’t free.” Why should we expect that fairness will be?”

22 thoughts on “Save a Buck, Bust a Brown Person: the Idiocy in Racial Profiling”