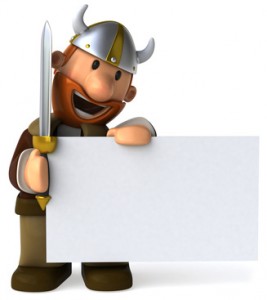 I am sure it is something about coming from a European, famously neutral country starting with “Sw”.  People always think I am from Switzerland.

I tell them quite clearly that I am from Sweden and then they turn around and introduce me to their friends and say, “This is Bjorn, he’s Swiss.”  It drives me crazy.

Why do people mix these two countries up?  Sweden is not Switzerland.  Not even close.  We don’t have Heidi.  We are not big on goofy-yet-charming goat bells. We are not known for our chocolate (unless you happen to be an IKEA addict and you spend too much time in the food section).  Evil dictators don’t clamor to invest in our banks.

As much as I explain the above to people they still just nod and then come up to me two weeks later and try to tell me about their other Swiss friend or they ask me for travel tips for Zurich.   Come on!

It’s not like Sweden is running low on stereotypes.  Whenever there is a dumb lumber jack character in a movie or commercial, he has a Swedish accent.  Whenever there is a foreign, blond bikini-clad hottie in a role, she most likely is also Swedish.  Whenever my right wing friends get riled up about socialism they list Sweden as one of the countries where doomsday has been realized.  I could go on and on.  There are TONS of stereotypes, good and bad to choose from.  Associate me with ANY of them but lay off with the freaking “Swiss” label.

Why is this a big deal?  Well, at first it wasn’t.  But trust me, the 50th time you hear it, it gets old.  When you are from a small country, identity can be important.  You want to be recognized as unique, not confused with being from somewhere else.  It’s kind of like the time I was working in the Filipino fishing village I called home for a while and I was asked where in the United States Sweden was… Ugghghghghghg.

Am I being oversensitive?  Yes.  But you know what?  I don’t care.

THERE: end of mid-week rant.

13 thoughts on “I’m from Sweden, NOT Switzerland…”