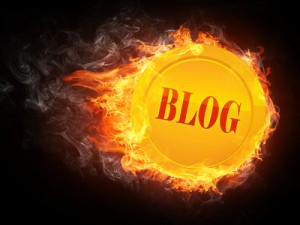 “Can blogging be used to help others?”  The question was posed by Darren Rowse of problogging.com in a recent post titled “Come with Me To Tanzania” .  Rowse is widely considered to be one of the rockstars of the blogging world.  His blogs are read by about 4 million people a month.  That’s about a million shy of half the population of my country, Sweden.  I am impressed that Rowse is harnessing his blogging and his online reputation/name recognition to do humanitarian work.   He is flying to Tanzania in a few days to observe and report back on maternal health work done by an Australian charity.

The charity is CBM Australia, an organization that, according to its website, is “part of the world’s largest organisation working with people with a disability in the poorest places.”

Rowse’s role on the humanitarian trip is a unique one.  As far as I know, he doesn’t have any clinical skills.  But in my opinion, he is even more useful to CBM than a clinician.  The awareness he can bring to the need in Tanzania as well as the work of CBM, is huge.  A few years ago, someone like Rowse would have been seen as “great PR” or a “useful reporter”.  Although these labels are not incorrect, bloggers on Rowse’s level can be huge change agents that defy conventional attempts to categorize them.

I believe Rowse is the kind of change agent that Malcolm Gladwell talks about in his book The Tipping Point – an individual capable of bringing about great social change.   “The success of any kind of social epidemic is heavily dependent on the involvement of people with a particular and rare set of social gifts,” says Gladwell.

“Connectors are the people who “link us up with the world … people with a special gift for bringing the world together.” They are “a handful of people with a truly extraordinary knack [… for] making friends and acquaintances”. He characterizes these individuals as having social networks of over one hundred people.

Mavens are “information specialists”, or “people we rely upon to connect us with new information.” They accumulate knowledge, especially about the marketplace, and know how to share it with others.  “Mavens are really information brokers, sharing and trading what they know”.

Salesmen are “persuaders”, charismatic people with powerful negotiation skills. They tend to have an indefinable trait that goes beyond what they say, which makes others want to agree with them.”

Rowse seems to be a combination of all of the above.  He is absurdly connected.  Four million readers a month rely on him as an information broker “maven” and he is obviously a salesman whose product people are gobbling up.

We’ll see how Rowse does in Tanzania.  If you want to follow his adventures, the bulk of his writing will be on CBM’s blog but there’s also the ProBlogger Twitter account and, of course, Rowse’s main blog – problogger.com.

I wish him the best of luck.

13 thoughts on “How to be a Change Agent Blogger”