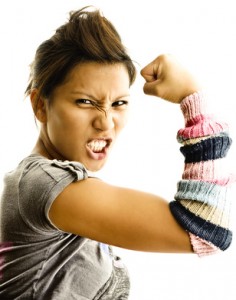 I just got done watching the State of the Union and I am amazed at how, for just over an hour I was swept back into the kind of political dogmatism that defined my life back in 2008.  Those were charged times.  A president that I loathed was on his way out, the guy I backed had declared one of the most historic political victories of my lifetime and all was rosy.

The last three years have been rocky.  I haven’t dramatically changed allegiances but I have to admit that my other-minded friends have rubbed off on me.  I’ve questioned myself a lot.  As the unemployment rate (mostly) rose, stocks plunged and credit ratings dipped, I couldn’t help but wonder if my political ideas were right after all.  Political team pride aside, how effective were my ideas for government and international relations?  How did they stand up to reality?  How much of me was living in an idealized dream land? Was I sticking to ideas simply out of a human need to be right?

My questions about politics mirrored, to an extent, my agonizing over religion in my late teens.  How did I know that what I believed was true?  What if the next guy was the one with the truth?  Could I face the scary questions?  Should I just retreat into my religious community and refuse to question anything?  Why couldn’t I be like those sheep that never had any doubts?

In college my questions about faith turned to more postmodern questions.  What if there was no truth?  What if all that existed was a personal truth that we each retained for purposes of life meaning but that had no real bearing on reality.  What if the best we could expect in this life was to find a ‘truth’ that was pragmatic, that worked for us on a day-to-day basis but that could just as well have been an unflagging belief in teddy bears?

My questions about religion were never completely resolved.  I think what changed was more my attitude to these questions.  I decided that what was important to me personally was that I remained open to receiving truth and that while I would never see the complete picture of existential reality I could act positively and gratefully on what I did understand.  I could do good and live generously in view of what I did understand.

This beginning of generosity in my religious thought life did not immediately reflect itself in my political attitudes (as many an early CultureMutt reader can confirm:))  Somehow it seemed that it was OK to make sweeping statements in support of my political camp and in deriding the poor losers on the other side of the aisle.  Perhaps it was the closet fundamentalist in me that needed to express himself…

But as the political rhetoric in the United States heated to stratospheric levels culminating (in my mind) with the Tucson shooting of Gabby Giffords, I started to seriously question the value in having to feel like I was right.  Why did I have to be so dogmatic about my politics?  Who was being helped by my partisan rants?  Who would respect me less if I conceded a few more points, if I decided to actually listen instead of simply using moments when others spoke to craft my own rebuttal?  How badly did I need to be right?  How did I feel about admitting that I was often wrong?

I’m still contemplating these questions and the implications of honestly answering them.  The pendulum swinging between cocky dogmatism and disillusion will likely continue to swing in my mind but if I have a wish for the future it is that I grow in self awareness, in the knowledge of my own fallibility.

11 thoughts on “How Badly Do You Need to be Right?”