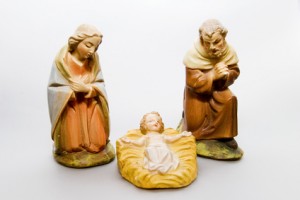 In his “The Progressive Corner’s Blog” African American History Professor Ibram H. Rogers blasts the new Hollywood release The Blind Side – a true story of Michael Oher, a homeless African-American who is taken in by a well-to-do white family that helps him fulfill his potential: “the plot is old, just like many of the other White Savior Flicks. A Black person is doing nothing with his life, virtually homeless, with no past and no future, and then all of a sudden, a perfect, prosperous and humane White family appears… and they change his life.  Whiteness saving Blackness—vividly depicted in this film.”

Rogers’ problem isn’t with the portrayal of an isolated case of generosity but more with Hollywood’s history of being “a major purveyor of White paternalism in this country. The vast majority of the stories about racial situations always have to be some central White character saving Black people…”

And it’s not just Rogers who is upset.  Complex.com finds enough inspiration from The Blind Side to chronicle The Great White Hope: A History of Subtly Racist Sports Movies.  It turns out this infraction is the latest in a whole slew of testosterone-flavored prejudice ranging from Keanu Reeve’s coaching troubled black children in Hardball, to Ed Harris helping a mentally handicapped black boy find his inner greatness in Radio, to Cool Runnings where a rotund John Candy saves the day by coaching the Jamaican bobsled team to Olympic fame.

And the white man does not only save the day in sports.  Regrettablesincerity.com’s The White Man’s Here.  Who Needs Some Assimilation? attacks Clint Eastwood’s record of being a “condescending dolt”. Gran Torino is very much about saving immigrants from their own behavior, under the aegis of a pure (white), stern (strong-willed) heterosexual (masculine).”  To Kill a Mockingbird, The Constant Gardner, Mississippi Burning, Ghosts of Mississippi are all listed as other examples of Hollywood’s white man or woman coming to the rescue.

This may sound like over-sensitive whimpering by touchy minorities and whiny liberals.  Occasionally you see the other side of the coin.  The same Complex.com article points out that The Legend of Bagger Vance features Will Smith saving the day for a white man.  Finally some balance?  Not really. Will Smith plays a ghost.