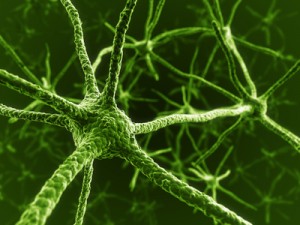 A word from Bjorn:  Justin Weaver is one of my smartest, best-rounded friends.  He is guest posting today on a topic that I find absolutely fascinating: how vital it is to surround yourself with the right people – friends that rub off well on you.  Justin and I went to college together and were part of a think tank in Southern California.  We once had a 12-hour meeting that ended at 3:00 AM:)

There have been many profound moments during my training to become a doctor. Moments of pain, triumph, confusion, and discovery. A little over a year ago, I had one of those moments. I learned about the phenomenon of mirror neurons and I have to admit, it freaked me out.

More on the neurons in a minute. First, if you are reading this at work or at home take a quick moment for reflection. Think about your coworkers, your significant other, and your closest friends. Do you see yourself happy if you traded lives with them, or if their habits rubbed off on you? Because our neurons are mirroring each other all the time.

The mirror neuron is basically as simple as it sounds. Neuroscientists have found that primates have a group of neurons which fire not only when a monkey completes an action but also when it observes an action. Basically, it’s constantly, subconsciously learning, just by watching. It’s also known that humans have a similar set of these mirror neurons. They are thought to play a major role in many higher complex functions like language learning, empathy, and imitation. Many complex behavioral functions work through these brain circuits and scientists are only starting to understand the profound impact this has on our lives.

“There is no real independent self, aloof from other human beings, inspecting the world, inspecting other people. You are, in fact, connected not just via Facebook and Internet, you’re actually quite literally connected by your neurons.” – Vilayanur Ramachandran MD PhD, Neurologist and Cognitive Neuroscientist (Interested in knowing more? Check out this TED talk on mirror neurons.)

And I care about this why?

Are you in a field where everyone is miserable, stressed, or, worse of all, just getting through the day? Maybe you already find yourself in this situation. It’s not surprising, it’s actually quite normal.

As the saying goes “you are the average of your closest 5 friends.”  Well, it turns out that is a scientific fact. In general this is true for you income level, waistline, even happiness. Some may read this and think otherwise because they know the people they spend time with at work are a bunch of (insert expletives) and that could never be me. For others, like me, this may be a bit scary.

Keep from becoming, “that guy”

I quickly realized that many people are completely and utterly miserable. They have become trapped on a treadmill and are not getting off soon. Even working as a doctor, a much-revered and meaningful profession, you are not immune from this trouble. Depending on the survey you look at roughly 40-50 % of doctors report being burned out and unfulfilled by their jobs. Its not that they don’t like being doctors, it’s that they are stuck working in a system or situation that is unfulfilling. However, none of them began that way. The road to medical school is paved with high ideals, and well-meaning dreams but when you start to realized almost half end up just trying to get through the day, it makes you wonder where did they go wrong. This is really my ultimate fear. I am one of those eternal optimists, almost to a fault. When I take a mental look forward at my career I see myself healthy and happy, with the financial freedom to pursue my passions every single day.

I decided it was time to be proactive about surrounding myself with people who are not just trying to become doctors but who are actively pursuing their dreams through medicine. These dreams keep their passion alive. I realized I wanted to meet as many of these people as possible and maybe in the process my neurons would mirror theirs. The lessons I learn along the way I include in my musings on UncommonStudentMD.

Surround yourself with diversity.

Working on a project like this has given me a chance to spend time with many people from all over the world. This allows me to have new perspectives, approach problems in different ways, and it constantly opens up new opportunities.  They are all from many diverse backgrounds but they all have one thing in common, the uncommon traits of a passion-filled life and the goal to make the world a better place.

Justin Weaver is currently a 3rd year medical student at Loma Linda University as part of a dual degree Oral and Maxillofacial Surgery residency program. He believes that physicians who have found creative ways to follow their passion will be the happiest and make the biggest impact in the world. Because of this, he has chosen to surround himself with, and learn from physicians who do just that.

His interests include medical innovation, entrepreneurship, and humanitarian work. In addition to being recognized for his leadership and research excellence, he has worked with various humanitarian organizations in countries like Honduras, Panama, Peru, Nicaragua, India, and Bangladesh.

His the goal for his life is simple, “Look for ways to make a difference, every day.” Justin is married to the love of his life, Sarah and they have a beautiful little girl. He feels that one of the best examples he can give to his daughter is a father who’s living his dreams. Also, he is tall.