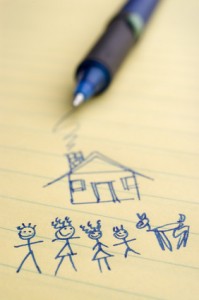 What is the American Dream?  Traditional answers included any of the following:

2) Your own huge house

Excuse me while I yawn.

Growing up in the Philippines I was absolutely sold on the American Dream.  I remember being depressed and incredibly down as a 12 year-old when my family moved from the US to Europe for work-related reasons.  Somehow I knew  that America was the ultimate destination, that the American Dream was real and that I could have it.

I was incredibly excited to get to study in the US for college.  I could not wait to get my shot at the American life.  I took to my studies with some serious rigor and networked like a madman trying to track down all the best internship or work opportunities.  I found an employer that was willing to hire me and file expensive paperwork for me straight out of college.  I was on the verge of the American Dream.  I was making it!  Or so I thought.

I had come to the US in 2001 right before 9/11.  In the decade that followed, terrorism and America’s response to it put at damper on the allure of America.  Somehow life in the United States looked less attractive.  The balance of power and wealth in the world was shifting.  China was rising.  It passed Japan as the second largest economy in the world.  Other non-traditional players were emerging – South Korea, India, Brazil.  A lot of the members of the international intelligentsia that previously contributed to brain drain from other countries were choosing not to come to the US.

And then Came the Recession

I moved up to Northern California for my second job in 2008 as world economies were crashing and everyone was foretelling Armageddon.  America was on the brink of another depression.  Even illegal immigration was down and the worldwide opinion of American was not nearly what it had been.  Not much has improved despite the hope so many had during the last election cycle.

Here’s the Thing Though…

But I am not giving up yet.  Call it brainwashing or naivete, I still believe that the US will rebound.  The recent dip in the unemployment rate, a recovered auto industry and a few other flickers of hope on the American economic horizon are a few near-tangibles but there is something far more powerful that I am banking on:  American can-do-it-ness.  If there is one thing that has defined the American experience so far it is this:  AMERICA ALWAYS COMES BACK.  This is not a bet against the rest of the world or a patriotic plug for American imperialism.  Power has limits and there is nothing wrong with adapting with the times.  But here’s what I can say with confidence:  I truly believe that America is a uniquely resilient country.  Will it go the way of Rome?  Maybe.  But I am not convinced we have to resign ourselves to the cynical reading of history that armchair political prophets indulge.  Failure does not have to be inevitable.  Let’s rise above that kind of thinking.  Let’s remember that a colony threw off the chains of tyranny not so long ago and rose to heights unparalleled.  Let’s remember that slavery was abolished.  Let’s remember Normandy.  Let’s remember the bridge at Selma.  Let’s remember that preacher from Atlanta.  Let’s remember the man on the moon.  Let’s remember the Berlin Wall.

The American Dream doesn’t need to be shallow and materialistic.  Let it instead be an unflagging belief in the future and our capacity to work for something better.