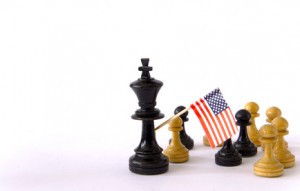 For a huge slice of America, the Obama bubble burst in record time.  The initial elation of having toppled the establishment and brought change with a young, sexy black president gave way to the anger of hangers-on when they realized that the new president was mortal, his agenda controversial and the economy he inherited abysmal.  A year later with an as-of-yet jobless recovery, a searingly controversial health care reform agenda in limbo and millions concerned about government spending, Obama’s support is at a record low.  White support dropped from 76% right after the election to a recent figure of 56%. Not so with African Americans.  A recently released Pew Research Center survey on race showed that, economy-be-damned, 95% of black people still have a favorable opinion of Obama and that they were more optimistic about their progress in the last two years than they have been for the last 25 years.

The “Obama Effect” is dramatic.  Despite the fact that, in terms of joblessness and economic suffering, African Americans have been far harder hit than the average American, almost double the percentage of black people (39%) in 2009 say that the “situation of black people in this country” has improved over the last five years, in stark contrast to 20% in 2007.  Also, 53% of black respondents felt that life in the future would be better for black people and only 10% felt it would be worse.  This is quite the jump from the 2007 numbers (44% thought it would be better, 21% thought it would be worse).

Things are looking better in the race relations department too.  Fifty-four percent of African Americans report that Obama’s election has forged progress in this area.  Only 7% disagree.  The perceived gap between black and white also seems to be narrowing as a majority of African Americans believe that the two racial groups have grown more similar in terms of cultural values and standard of living; 52% of black people feel that if blacks cannot get ahead in the US, it is their own fault, not something that can be blamed on racial discrimination.  This figure is not necessarily Obama-inspired but has been changing steadily from the mid-90s when the opposite view was held by most black people.

Of course, not all black people are fans. African American Chicagoan Isaac Hayes is running for Congress and is attempting the near-impossible feat of stealing Illinois District 2 from Jesse Jackson Jr.  In a BBC interview, he says that Obama “brought inspiration, him and his family, to the White House. I am proud to have a black president – America is proud, but that’s not the issue. He’s brought change, but it’s not the right kind of change. He’s allowed the left to pull him off his campaign promise to work with both sides of the aisle. I don’t think he believes in American exceptionalism: he’s been on an apology tour round the world, and I don’t agree with that.”

Hayes’ point is as widely-held as it is predictable.  With the exception of a well-deserved win in the Jan. 19 special election to fill the Senate seat previously held by Ted Kennedy in Massachusetts, Republicans have been spectacularly reliable sourpusses since Obama’s election.  Why wouldn’t they be?  Their former leader was universally despised; their policies blamed for the near ruin of America’s economy and their power to achieve anything more than a red-faced Washington hissy fit, cartoonishly diminished.

So how do you react to record high levels of African American optimism?  I suppose reactionary bigots would claim that black people are delusional, their perception of reality and American misery skewed by having one of their own in the Oval Office.  If little has improved and much has worsened since Obama took office, why else would black people be content?

Another Chicagoan, Reverend Leon Finney, founded the Metropolitan Apostolic Church and now leads The Woodlawn Organization. He has known Obama since he worked as a community organizer in his 20s.  He says that because of their history, black people are patient. “We are very proud. We are elated. Maybe, somewhat underemployed and unemployed still, but we have a lot of hope. You have to remember more than any other ethnic group the African-American population has learned to live with hardship and survive the harshest of situations. ‘Last hired, first fired’ is nothing new for the African-American community. My sense is that we are used to the rigors and better able to adapt and less frightened (by the recession) than our brothers and sisters of different colors.”

Instant gratification is not something that can happen in today’s America, no matter how much it is craved. Historically, the plight of the disadvantaged, while dramatically unjust, has been more the norm in American society.  But maybe, just maybe, the tides could be turning. While those accustomed to luxury and a secure spot at the top of the economic totem poll may protest targeted taxes and an overhaul of healthcare, could it be that Obama’s legacy will mean enhanced quality of life for those in America who need it most?

10 thoughts on “Are Black People Better Off in Obama’s America?”